Doha hosts a jewellery show with a difference 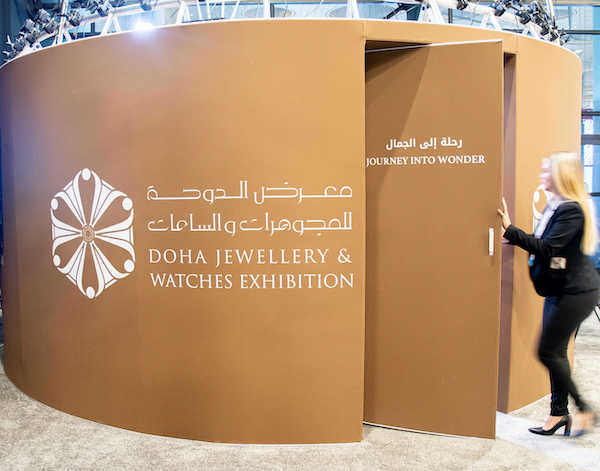 Doha hosts a jewellery show with a difference

Posted April 06, 2020 | By Coleby Nicholson
While most of this year’s international jewellery shows have been cancelled, one went ahead with little or no disruption. Coleby Nicholson reports.

One of the very few jewellery and watch shows that managed to escape the COVID-19 crisis was the Doha Jewellery & Watches Exhibition (DJWE). The six-day event, held 24–29 February, narrowly avoided the turmoil that was soon to devastate the jewellery industry around the world.

The DJWE offers an interesting mix of B2B trade and consumer visitors, promoting itself as an exhibition or “for seekers of luxury and elegance”. While it may not be as well known as other events – despite having been held for 17 years – its success is that its size and attendance are increasing each year.

Organised by the Qatar National Tourism Council (QNTC) – under the patronage of His Excellency Sheikh Khalid bin Khalifa bin Abdulaziz Al Thani, Prime Minister and Minister of Interior – the event is expanding when other jewellery fairs are contracting.

While coming off a small base, DJWE 2020 saw a 65 per cent increase in exhibitor numbers; up from 77 exhibitors from 10 countries last year, to 129 exhibitors from 14 countries this year. It showcased more than 500 brands spread across a 33,000sqm exhibition space at the Doha Exhibition and Convention Center (DECC).

Notably, DJWE has the support of the Indian and Turkish jewellery industries, with both countries having their own pavilions. India hosted 28 manufacturers in 2020, while Turkey showcased 11.

The centrally located DECC is an ideal and world-class location to present an international jewellery event and, indeed, the quality of the opulence of the stands rivals – and in some cases, betters – Baselworld, which is usually held out as the world ‘standard’.

Given that the show’s major focus is the Middle Eastern market, it should not surprise visitors that the design and style of many of the stands is Arabic, which is part of the charm.

DJWE’s mandate is to “attract aficionados of the world of fine jewellery and watches and let them enjoy the latest trends, and the most prestigious brands, and interact with them”. The organiser reported that it attracted more than 32,000 visitors this year – a 34 per cent increase over 2019.

The opening ceremony was attended by a number of dignitaries, exhibitors and partners, led by Qatar National Bank (QNB) as the official sponsor, Qatar Airways as the official airline partner, and JW Marriott Marquis City Centre Doha as the official hospitality partner.

Local luxury car distributor, Alfardan Automotive, was also a DJWE ‘partner’, ensuring VIPs, sponsors and media were quickly moved around the city in a fleet of Maseratis.

Of course, Qatar will play host to the 2022 FIFA World Cup and the FINA World Swimming Championships in 2023.

Like many Qatari events, the DJWE is financially backed by the government. Mr Akbar Al Baker, secretary general of QNTC and CEO of Qatar Airways Group, said, “The Doha Jewellery and Watches Exhibition has become a major destination for seekers of luxury and elegance from around the world because it enables direct interaction between brands and customers.

“The exhibition has contributed to reinforcing Qatar's position as a host of international exhibitions, and plays a critical role in supporting Qatari talent by providing a platform for them to market their products, launch their brands, and gain crucial experience through contact with the most prestigious players in the field.”

The event reinforces the mission of the Qatar National Tourism Council, which is to “firmly establish Qatar on the global map as a place where cultural authenticity meets modernity, and where people of the world come together to experience unique offerings in culture, sports, business and family entertainment.”

Al Baker added, “We continue to develop the business events sector and enhance Qatar’s role in achieving its goal of sustainable tourism development, which is boosted by Qatar’s world-class event management capabilities and facilities. We also continue to diversify tourism products in line with our target source markets.”

Among the highlights of this year’s event was the participation of 18 young Qatari jewellery designers – the largest representation since the initiative began in 2015 – illustrating the country’s steadily developing pool of homegrown talent.

The collections presented by these young designers incorporated pieces inspired from local elements, such as a desert rose (sadou in Arabic) weaving patterns, and of course, the locally sourced pearls, which drew special attention from visitors.

Looking to the future

Qatar is an independent emirate in the Gulf Region, situated on a peninsula that extends from the Arabian Peninsula approximately 160km north into the Persian (Arab) Gulf. It is bordered by Saudi Arabia and also shares maritime borders with Bahrain, Iran, and the United Arab Emirates.

The capital, Doha, is known for its futuristic skyscrapers and other ultramodern architecture inspired by ancient Islamic design, such as the limestone Museum of Islamic Art.

The population of Qatar is most interesting; numbering nearly 2.9 million, Qatari ‘locals’ only account for around 400,000 people, with foreign workers comprising approximately 88 per cent of the population. People of Indian heritage are the largest Qatari community, numbering around 1.23 million.

Given the turmoil in the world economy caused by the COVID-19 health crisis and the large impact it has had on the jewellery industry, many international watch and jewellery events will have cause to consider their long-term strategies and viability.

It’s quite possible this Middle Eastern show could gain prominence in coming years, offering the compelling benefit of being both a business event and an interesting tourism experience.

The 2021 Doha Jewellery & Watches Exhibition is scheduled to take place from 22–27 February.

A look into Doha's jewellery show 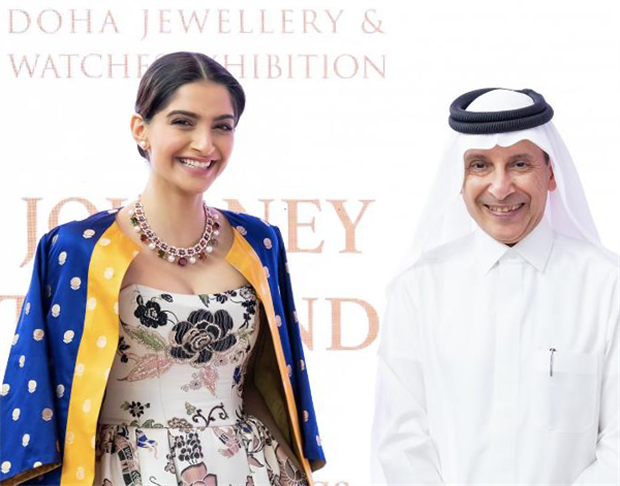 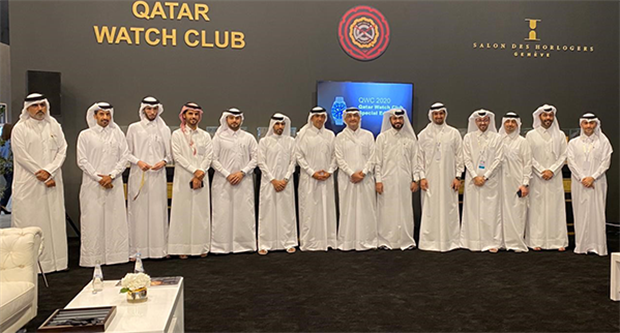 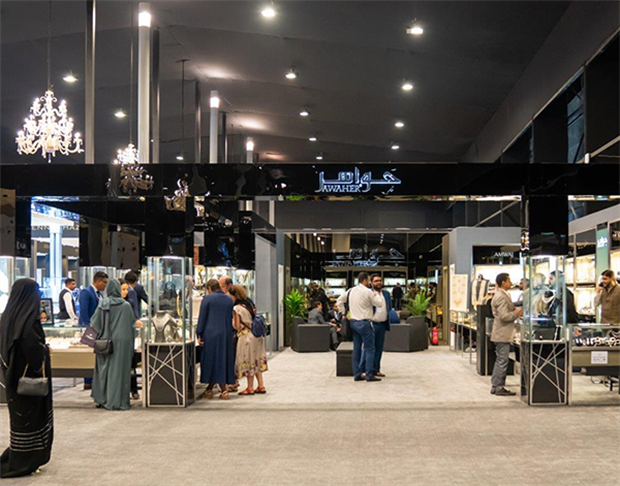 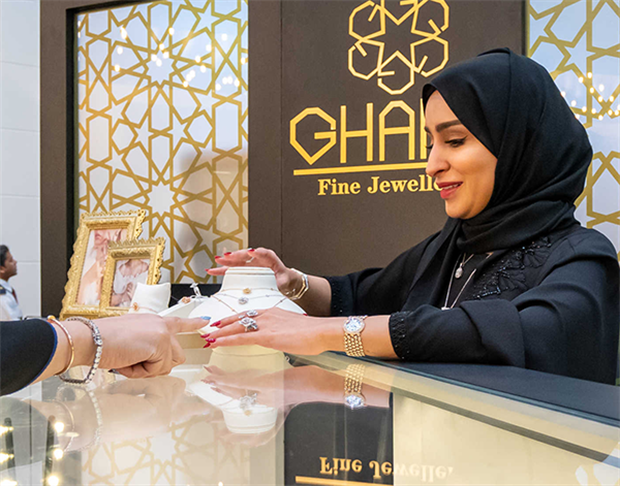 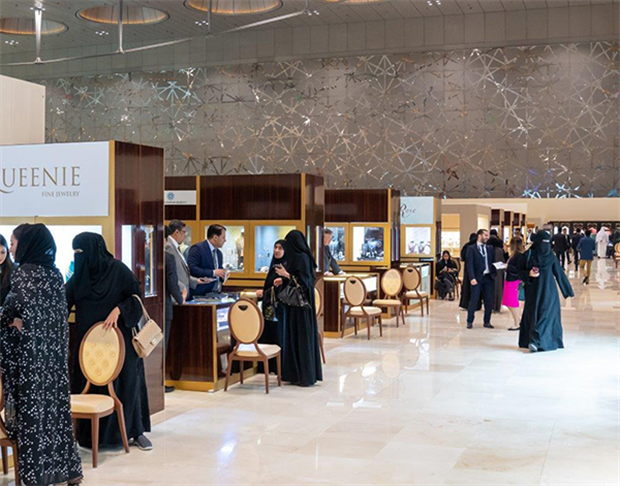 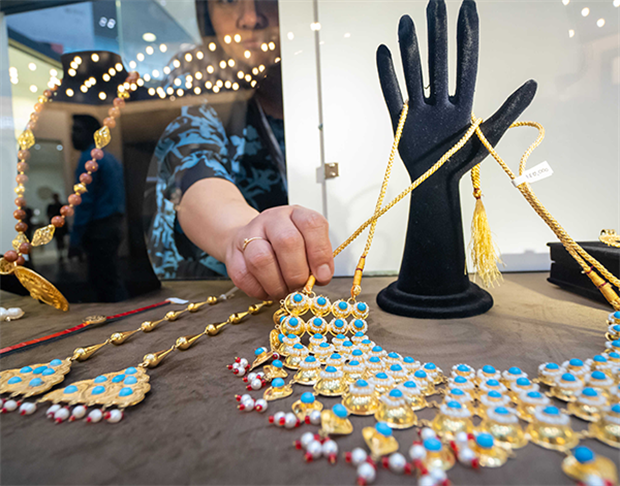 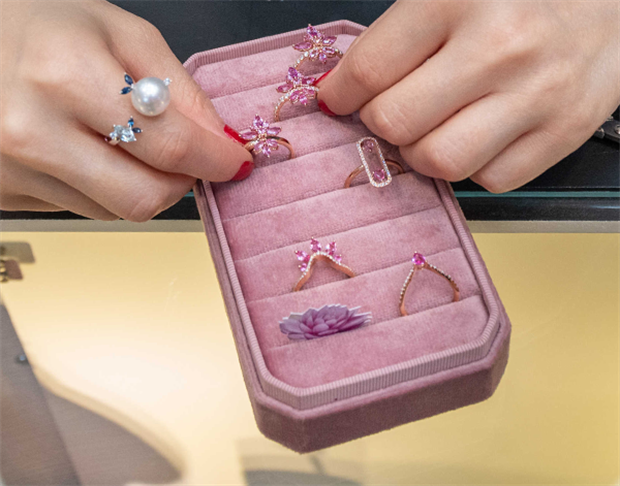 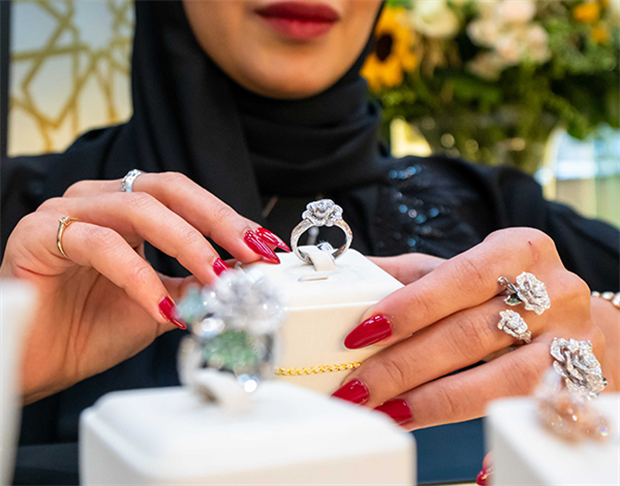 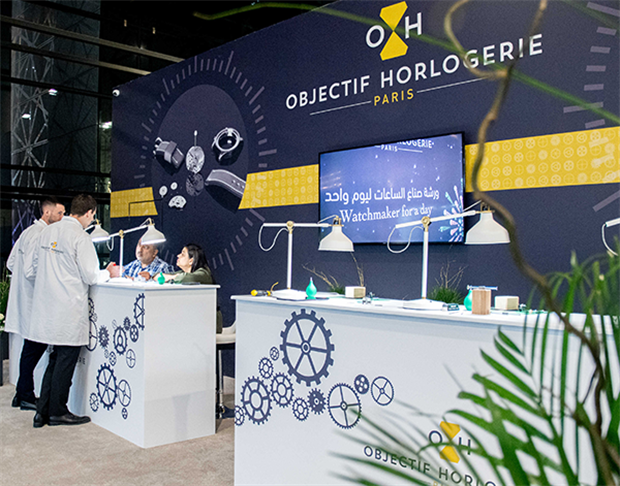 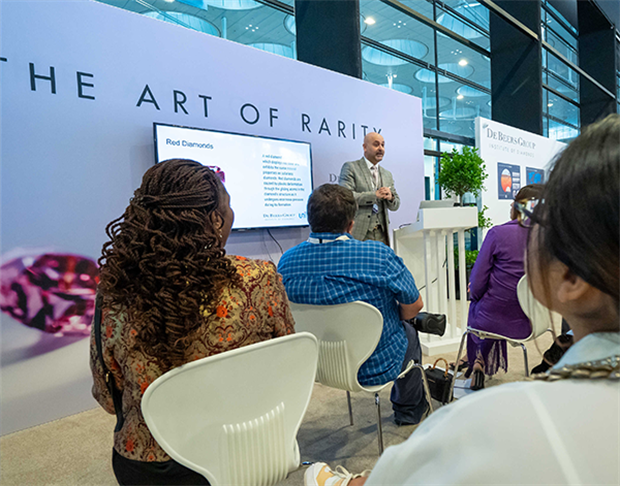